Fans were treated to an excellent day of rugby league on Saturday with Round 1 of the Holcim Cup getting underway at West Mitchelton.

Powerhouse club Souths Logan Magpies and last year’s SEQ Women’s Division 1 premiers West Brisbane Panthers closed out the afternoon with a classic match; with the sides drawn to play back-to-back halves against each other under the competition’s five-halves-a-round format.

The Panthers had the better of the first half with impressive tries to two of their North Queensland Gold Stars draftees in Romy Teitzel and Shaniah Power, who impressed in her outing at centre.

PNG Orchids captain Elsie Albert was a standout player in the match for the Magpies, and scored her side’s only try of the first half with a typically strong display.

On demand: Holcim Cup - Round 1

However, she showed off her ball-playing skills in the second half after setting up fellow prop Steph Hancock to score with a nice pass out on the right edge.

That was the only try of the second half and scores were locked at 12-12. The deadlock seemed like it would be broken when Meg Ward lined up penalty goal, only for it to be waved away.

The Harvey Norman Queensland Maroons representative then stepped up only moments later to slot the winning field goal to see the Magpies home in a thriller.

While the Seagulls showed plenty of heart in defence, they were forced to do a lot of it after giving up possession early in the tackle count on numerous occasions.

Powerful winger Rosemary Vaimili Toalepai was a key performer for the Tigers in their 8-4 win, scoring the opening try of the Holcim Cup competition.

The second contest of the day saw the Tigers face the might of the Burleigh Bears, who proved too strong in their 12-0 victory.

Five-eighth Lauren Brown was all class in the win, and carried her form into Burleigh’s second match-up of the round against Tweed Seagulls, scoring a try in their 20-0 win.

The Bears, who welcomed back representative forward Tazmin Gray from injury, showed off their defensive prowess by not allowing either opponent to cross their line, which would have no doubt pleased coach Tahnee Norris.

Round 2 will be played at Pathion Park next Saturday, with the match-up between old rivals the Bears and Magpies one to look forward to.

All games will again be broadcast live via QRL.com.au and QRL Facebook page. 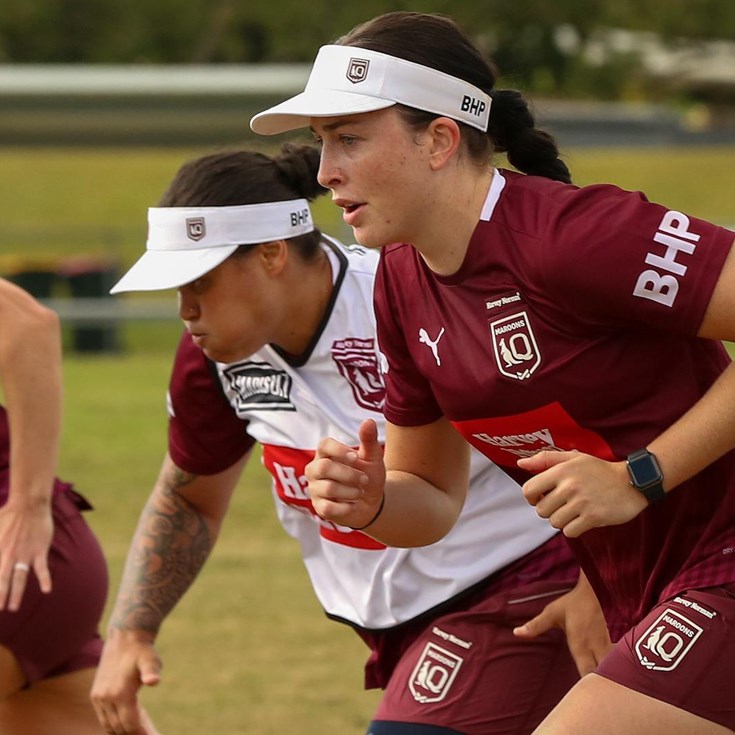 Romy excited to be part of first Origin campaign

Get to know Lauren Brown

Presented By Harvey Norman 14 hours ago

Best yet to come: Women coaches to benefit from mentoring program