One, play well for the Gold Coast Titans; and two, don the Maroons jersey again after getting a taste in Game I last year, before a foot injury put him out for the rest of the series.

"My two goals for the year are to play really consistent footy with Titans and hopefully play finals footy, and play State of Origin... pretty simple," Brimson said.

The 22-year-old, who had surgery on his foot in November, said his rehabilitation was "coming along well" and he "should be right within about a month".

"Now I'm doing all my conditioning on the field. Hopefully over the next few weeks, I'll integrate into some skills sessions."

Brimson said since he returned to pre-season training on January 5, he had been impressed with the squad, with everyone "training well at the moment".

"The squad is looking really good... obviously every team at the moment feels like they're going well," Brimson said.

"We're really happy with how we finished the season last year. Obviously we've got some really good signings in the off season too... we've got Tino [Fa'asuamaleaui] and David [Fifita], Sam McIntyre from Wests Tigers, Patrick Herbert from the Warriors, Herman Ese'ese.

"I'm just excited to see the new boys play really. Obviously Tino, Davey, Herman... they're all big boys and it's going to be enjoyable to play behind them."

Brimson said personally, he learned a lot during his two weeks in the Origin bubble and he looked forward to applying his learnings throughout the year.

The young gun added when he looked back on the Origin experience, he was still overawed at how the series turned out.

"I can't believe... well I can, but I can't believe we went out there and actually did that... won. Especially as such underdogs.

"It's one of those things where when you're doing it, you don't really take it in... it doesn't seem as real, but you look back and think 'yeah we did something pretty special'.

"It was definitely up there as the best two weeks of my life."

Brimson: 'I grew up loving the state and watching State of Origin'

Brimson said given he missed out on Game II and Game III, he was definitely hungry for more.

"Game III was very weird... I had the surgery on the Monday and the Uber driver dropped me about two kilometres from the stadium on the Wednesday. By the time I got in, I was sweating and I was off it. I was like 'geez I should've just watched at home'.

"We went straight down to our seats just before kick-off and I'm very glad I went to the game. Obviously I was watching like a fan. I was watching it like I wasn't a part of it at all.

"When they won at the end I was thinking 'good on them'... not really us... because it was just weird. I wasn't with them, I was in the crowd like everyone else. It was a bit, not frustrating, but hard to watch them do the circle.

"I wanted to jump on the field with them. Because I was like 'I was there'. But it was good. I saw them over the next couple of days, got to hang out a bit.... down in Byron. It was good." 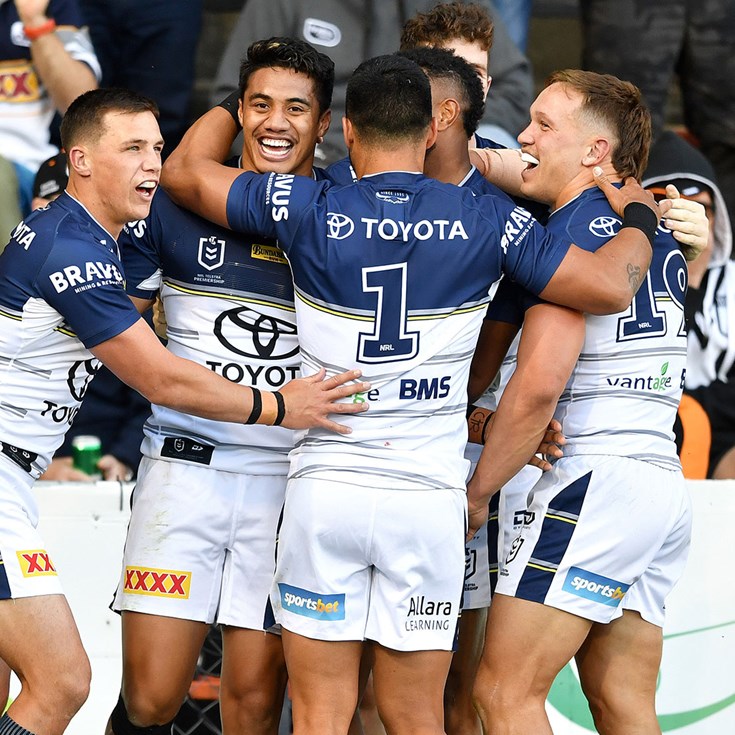