The Titans greatest ever try-scorer is closing in on a century.

Anthony Don sits on 85 career tries and as he enters his ninth NRL season, the 33-year-old could reach the 100 milestone if he equals his efforts of 2018.

Don averages 10 tries per season over his career, but crossed the line 15 times in 2018.

He says while it'd be a nice milestone to reach, it's not something he's focussed on.

"I just want to get in the team and that's my first goal," he said.

"If it happens that would be lovely but I think it is a bit far fetched at this point."

Don has often said that he has re-found his love of footy under Titans Coach Justin Holbrook and he credits the Gold Coast mentor for reinvigorating his game.

"Justin and the coaching staff are making it really enjoyable and it is a pleasure to come to training and it's awesome to do the job of playing rugby league," Don said.

"I'm really appreciating that I'm still in the game and enjoying every moment."

That enjoyment has even stretched into the gruelling pre-season period.

"This pre-season has been a big focus on our skills ... and that's what we're trying to get better at every day," he said.

"Obviously there is a lot of hard work going into it as well with a lot of running, a lot of fitness and a lot of tackling.

"This is more enjoyable than a lot of the previous ones (pre-season), it's just the coaching staff and what they're bringing is the good energy and everyone is enjoying coming to training.

"They definitely aren't getting any easier but they're always different.

"Pre-season is always a tough slog and a tough part of the year but we know we've got to work hard at this time of the year if we're going to enjoy success later in the year.

"I just want to finish off a good pre-season and keep training well and then head into the trials really confident and trial well and see what happens after that." 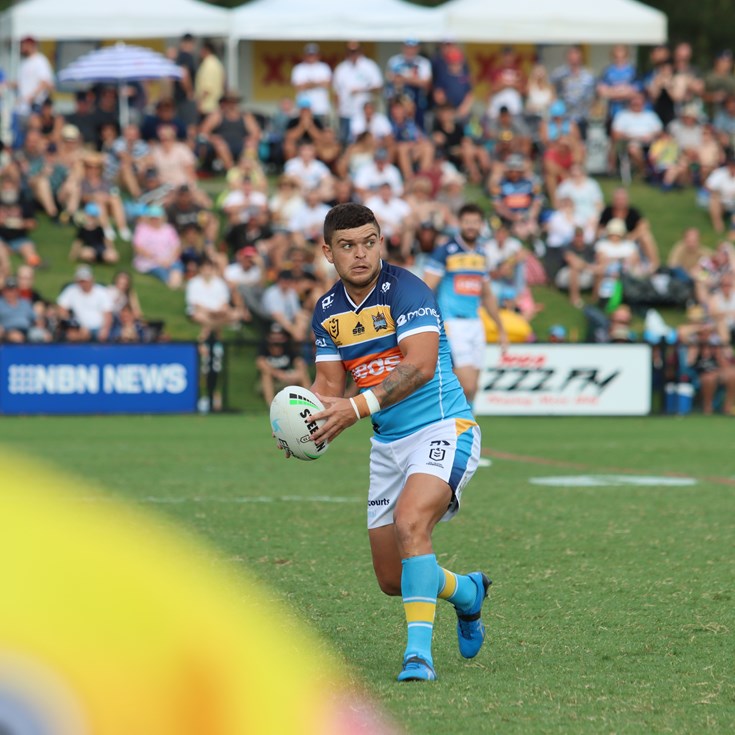