It was around this time last year that Wynnum Manly Seagulls young gun Selwyn Cobbo was training under the keen eye of then Queensland Maroons coach Kevin Walters as part of the Queensland Under 18 Emerging Origin squad.

Fast forward one year and Cobbo is again training under Walters, this time as part of the Brisbane Broncos development squad.

“I haven’t really made any Queensland teams, but last year I had the opportunity to attend the QAS camp – Kevie Walters was the coach, got a lot out of it, from that camp,” Cobbo said.

Now, when his is not training with either the club’s development or NRL squad during the week, Cobbo’s football focus is with Wynnum Manly where he aims to play in the Hastings Deering Colts competition this year.

However, he will also be working to debut in the Intrust Super Cup if he plays well in the under 21 competition.

“I am 19 this year (so can’t play in Auswide Bank Mal Meninga Cup)… hopefully, I can get a couple games for Intrust Super Cup, that is one of my goals, and also play under 21s this year,” Cobbo said.

If Cobbo does manage to push his way into Wynnum Manly's Cup side at some stage this season, it would be another chapter in what is already an accomplished rugby league career to date.

When Cobbo was a junior in Cherbourg, he played as a forward; and was selected in various regional representative teams, including for Wide Bay and South Burnett.

However, as he got older, he found the level of competition wasn’t as strong and he moved to play in the Sunshine Coast competition.

“I played for Cherbourg Hornets in the under 6s, played all the way up to under 16,” Cobbo said.

“(But then) had to play in a different comp, on the Sunshine Coast, so I played for Gympie Devils in the under 16s and under 18s, so I was there for two years and then I came down to Wynnum.

“Growing up, I was a big boy and I played in the forwards – all the way up until under 14 and then I shot up and lost all the baby fat; and then they put me out in the centres; so I started playing centres, and I started playing fullback last year.

Off the field, Cobbo – who also played for the Sunshine Coast Falcons in the Auswide Bank Mal Meninga Cup in 2019 – is currently studying and working in health.

“I work with Institute for Urban Indigenous Health … I am doing a Cert III in Allied Health Assistance,” Cobbo said.

“I study and do prac, and (I am a trainee) with Deadly Choices and do school programs with them.

“It’s pretty cool I enjoy it, (but) I am not sure what to do after when I finish it, I am still thinking.”

However, rugby league has always been one of his biggest passions.

“(When I was growing up) I played different sports during school, but footy was the main one, it was my first," Cobbo said.

“I just love everything about footy, the passion, going onto the field with your mates, I just love it.” 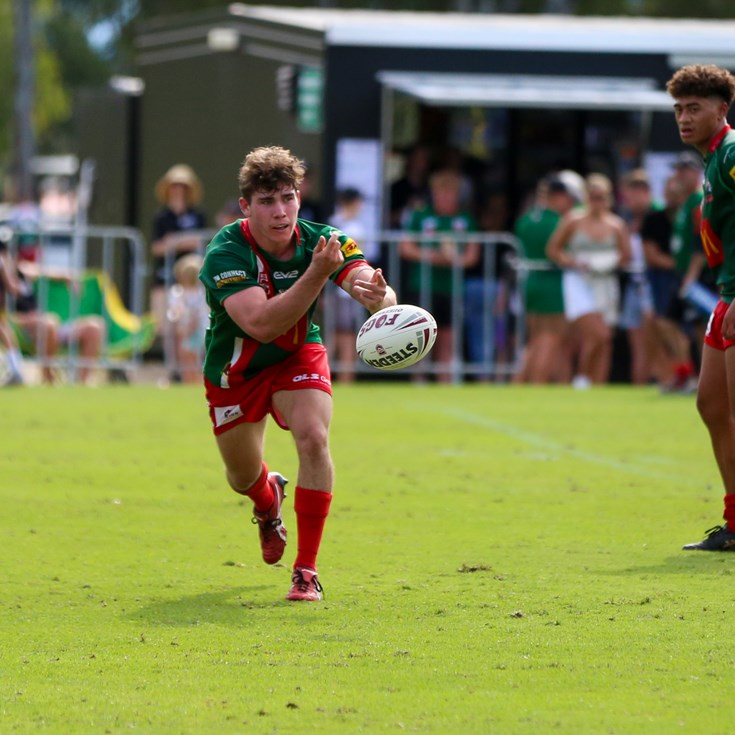