Mighty miniature Maroons will join the fray tonight (June 1) when they take on a Blues team in the inaugural Holden Junior State of Origin clash before the big boys go round.

Queensland’s U-9 Bears from the CQ bush town of Clermont will square up against the Warriors from the recently flood-hit NSW town of Dungog during the halftime break of the U-16 curtain-raiser to the Holden State of Origin Game I at ANZ Stadium in Sydney.

Leading from the front will be Queensland skipper Roman Revell-Blair (pictured below with Cameron Smith today) and his Blues counterpart Charlotte Baker, both aged 8.

For Roman, whose uncle and Maryborough product Maurice (Bob) Blair plays for Hull KR in Britain, the experience is a dream come true. 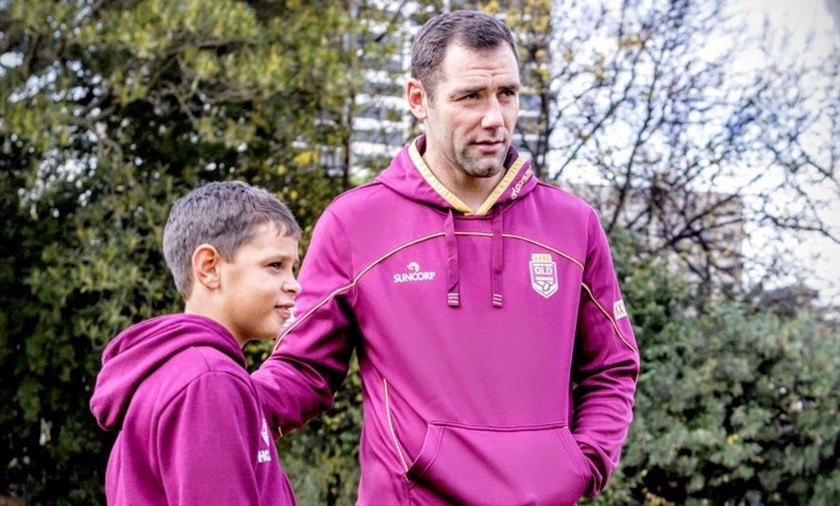 “I love playing footy at Clermont with my friends, but I never thought I’d be playing in Sydney in front of a big crowd and get to meet some of Australia’s best players (such as injured Maroon Billy Slater, below, and Greg Inglis, bottom),” Roman said.

“On a scale of 1 to never ending, my love for footy is never ending! I just can’t believe this is happening,” she said.

As well as playing in the Holden Junior State of Origin, Roman and Charlotte will toss the coin for the Blues vs Maroons match and with their teammates will form a guard of honour for the State of Origin players. Holden’s executive director marketing, Geraldine Davys, said Holden was thrilled to make this opportunity possible for each of the clubs.

“We’re thrilled to be providing this unique Junior State of Origin experience for some of Queensland’s and NSW’s most footy-mad kids,” she added.

To top it off, the kids will also watch the first Holden State of Origin match from a designated Holden VIP ‘red zone’ and were put through their paces in a training session yesterday (May 31) by former Maroon Mick Crocker and ex-Blue Matt Cooper.

The U-16 match kicks off at 5.50pm this afternoon (June 1) and can be viewed via the QRL Live Stream page.

Read Young guns ready to fire, which previews the U-16 clash. 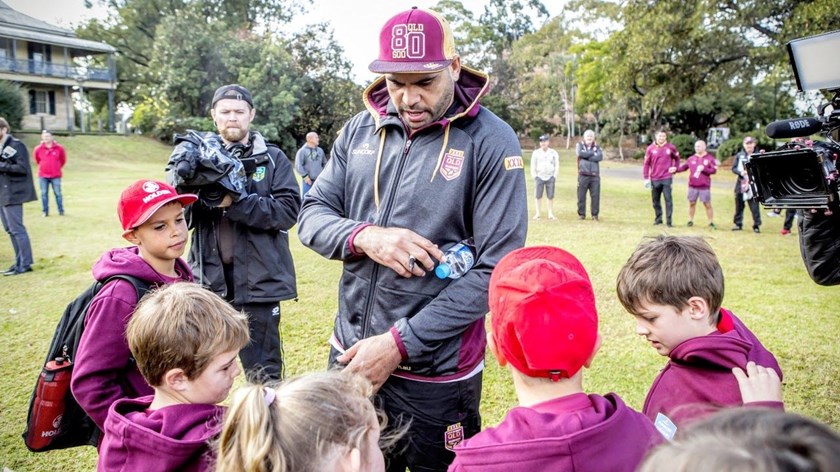