Dragons winger Jonus Pearson has paid tribute to his mother, Elizabeth, for giving up her job and life in the Torres Strait Islands to help him make the transition from a childhood of travelling to games by boat and plane to a career in the NRL.

Pearson grew up on Hammond Island, which has a population of about 300 people, so teams would need to travel to one of the other 18 inhabited islands to play matches.

“We had to travel island to island to play footy because there are not many kids on Hammond Island,” Pearson said.

“We would usually catch a boat to Horn Island and catch a plane over to another island. It was a little plane, probably big enough to take over the players and the coaches. We’d do that once a week.”

He also had to catch a boat to neighbouring Thursday Island to attend school until his teens, when he boarded at St Brendan’s College in Yepoon, along with Brisbane winger Corey Oates and Newcastle utility Kurt Mann.

The 24-year-old was recruited by the Broncos in 2015 and played under 20s but admits he wouldn’t have survived if it wasn’t for his mother, Elizabeth Pearson.

She moved from Hammond Island to Brisbane after his first year with the Broncos to look after him and followed Pearson and his partner Karla Pinkerton to Wollongong when he signed with the Dragons at the end of last season.

“I couldn’t do it on my own so mum made the move down and where I am now is because of her,” Pearson said. “My mum did all the cooking and she helped me with my diet and all that stuff. If she didn’t come, I probably would have gone back.

“She has helped me heaps in my career.

Sims: Mary has the respect of the playing group

"She had to sacrifice her job to come down to Brisbane and after that she has kept coming south with me.

“The sacrifice she made was big. She was like a manager of all the jobs up in Hammond Island, where we lived, so she had to sacrifice that job to come and support me and give me that support. I really needed that. If it wasn’t for her I wouldn’t be standing here now.”

Another person who helped Pearson make the adjustment to the NRL was former Broncos star Sam Thaiday, whose family is from Yam Island.

Thaiday has a tattoo across his chest of the Yam Island team’s motto: “One brother bleeds, all brothers bleed”.

“Sam Thaiday was really good to me when I was at the Broncos, really welcoming and he looked after me,” Pearson said. “His name was everywhere around the Torres Strait when I was younger.”

“A couple of boys from the Torres Strait are playing in the Queensland Cup and there were some others my age in the under 20s but they didn’t make it,” Pearson said.

Pearson believes he coped with the adjustment better than some others after spending five years in Rockhampton, while at school.

Remarkably, he struggled to make the school rugby league team and only seriously began playing as an 18-year-old with Yepoon Seagulls, whose coach Jason Green recommended him to the Broncos.

After 11 NRL appearances for Brisbane since his debut in 2016, Pearson was recruited by St George Illawarra following the loss of wingers Jason Nightingale and Nene Macdonald at the end of last season.

When he moved, his mum came with him and she will be on hand when his partner Karla gives birth to their first child next month.

“I told her at the end of last season ‘you can go home now if you want’ but she said ‘no, I want to stay here’. It will be handy having her around when the baby comes,” Pearson said. 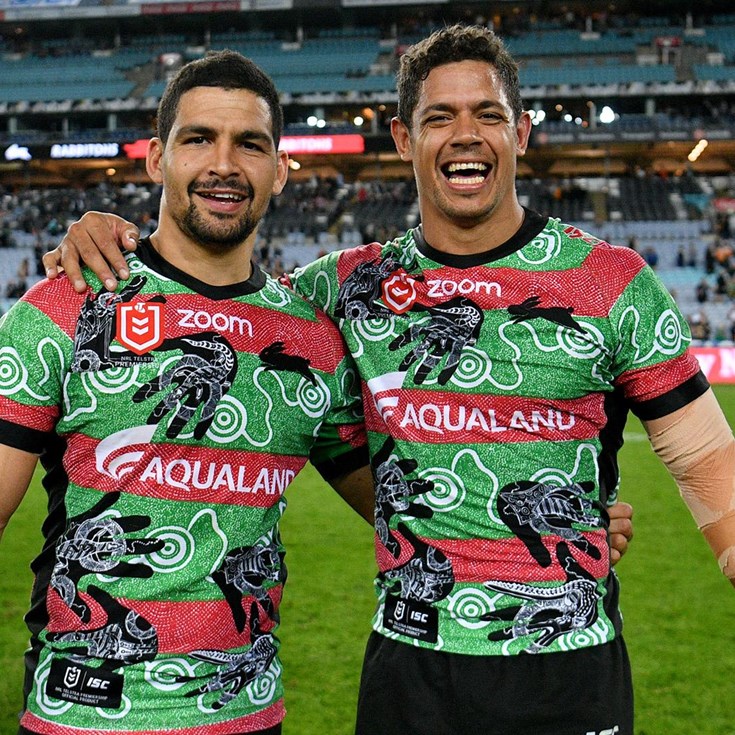