The toughest Intrust Super Cup Team of the Week selection to date, with several teams recording big wins against their respective opponents in Round 10.

Each round, Queensland Rugby League recognises the 17 best performers and name the Intrust Super Cup Team of the Week; these team selections are based not only on statistical data, but also take on board live and broadcast viewings of the games, with the standout performer of the week to be named captain.

The Falcons fullback recently signed a contract with Melbourne Storm and showed why he was sought after, with a scintillating performance in Round 10. Hynes registered two try assists and ran for 161 metres, leading the Falcons to 34-10 victory over the Townsville Blackhawks in Townsville.

The English import has been in fine form in recent weeks and was again impressive in Round 10, crossing for three tries, kicking five goals and running for a huge 214 metres.

Broadhurst returned for the Devils after a successful week away with the XXXX Queensland Residents. The Norths centre was a standout performer for the home side with two try assists and 159 metres from 11 carries.

A huge game from the experienced Sunshine Coast flyer, who registered a massive 197 running metres, four tackle breaks, two line breaks, and a try in the 35th minute.

The Wynnum Manly five-eighth was outstanding for Wynnum in their 28-6 victory over the PNG Hunters in PNG. The 26-year-old set up two tries and kicked six  goals, guiding the Seagulls to a convincing 22-point victory.

The Burleigh half was instrumental for the Bears in their 43-0 demolition of the Northern Pride in Cairns. Fogarty kicked five goals and had a hand in several tries, and even managed to score a try of his own.

The hulking Tweed forward took it to an experienced Easts Tigers forward pack, running for 150 metres and setting up the winning try for fellow Gold Coast Titans-contracted player Treymain Spry in the 64th minute.

The Falcons No.9 continues his stranglehold on the Petero Civoniceva Medal race with yet another Hastings Deering Man of the Match performance. The 21-year-old made 45 tackles, scored a try and ran for a huge 122 metres from 17 carries out of dummy-half.

The Jets big man was a standout performer for Ipswich in their 36-20 victory over Souths Logan Magpies, crossing for a try and running for 121 metres in just 44 minutes on field.

The Melbourne Storm-contracted forward was one of several standout performers for the Sunshine Coast in Round 10, with 33 tackles, 148 running metres, and a try to his name.

The former PNG Hunters ace continues to go from strength to strength in Devils colours, with another strong performance in Round 10. Putt scored two tries and terrorised the Mackay Cutters defensive line with his powerful running game and upper body strength.

The Brisbane Broncos-contracted forward was one of Redcliffe’s best in their 52-10 victory over the Central Queensland Capras in Rockhampton, with a try, six tackle breaks and a huge 185 running metres.

The 108kg gun put in what can only be described as a powerhouse performance against the Northern Pride in Cairns. Sauiluma wreaked havoc on the Bears right edge with a try, try assists, six tackle breaks and 206 running metres, including 73 post-contact metres.

Arguably the former New Zealand Warriors star's best game for Wynnum to date, scoring two tries within the opening 10 minutes of the game, and registering a massive 215 running metres along with eight tackle breaks.

The young rake stood up in the absence of Jake Turpin, with three try assists, 246 kick metres and two line breaks in a 67-minute performance.

There wasn’t a lot to smile about over the weekend if you’re an Easts fan, but one shining light for the Tigers was tearaway lock forward Tyrone Amey, who looked dangerous every time he ran the ball. He finished the game with a try, 47 tackles and 172 running metres. 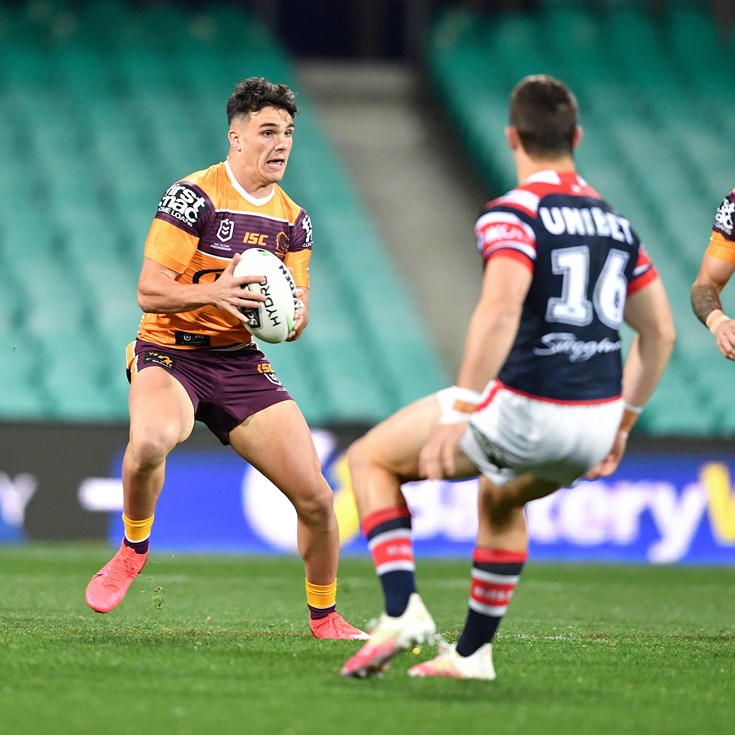