This year's Queensland Rugby League Junior State Championships was yet another indication of the young talent that can be found across the entire state.

At the conclusion of a successful tournament on Sunday, all three regions challenged each other throughout the four days to be the best and play the hardest, culminating in all three featuring in one of the two boys’ deciders – a first since the Championships’ new format was introduced in 2016.

Last year’s joint-premiers SEQ Green finished on top of the Under 14 Boys competition once again, despite a scare on Day 1 from Central that ended in an electrifying draw to kick-start the carnival.

A mere two competition points separated the remaining three teams, with Northern clinching a spectacular come-from-behind 18-16 win on Saturday night to earn their ticket to the big dance.

The Green Water Dragons never looked like losing the final, with Northern making crucial ball handling mistakes in the first half after trying to come down from the highly emotional and supercharged win the previous night.

A hat-trick to Devonte Vaivela and a Matthew Barrow double all but sealed the deal against the courageous Marlins – the win extra special for the region.

A fitting decision was made late last month to name the Under 14 Boys shield after Michael Pease, acknowledging the long-standing Queensland Rugby League administrator who is set to retire at the end of this year.

For the Water Dragons to win the shield in the inaugural year of it being named to acknowledge his 30-year contribution was a special gift for the outgoing SEQ Region Manager.

The Under 16 Boys competition was similarly even, with both of Saturday’s games crucial in the finals makeup.

The opportunity to be selected for either Queensland City or Queensland Country in the newly-announced representative pathway further fuelled the fire in the belly for many players to give it all they’ve got for their respective region.

After a tough three days of pool matches, both country sides finished on top – a first for the tournament to have no SEQ team battle it out for the silverware.

The decider was one for the ages with both teams giving it their all.

The Marlins led 10-4 at the break, but an inspired second half performance by the Crows team, aided by the number of experienced, Junior State Carnival title-winning players in the outfit, got them in front by eight points with 11 minutes to play.

A final roll of the dice saw Xavier Chatfield-Mooka – nephew of Harvey Norman Queensland Maroons’ centre Steph Mooka - score his double to get within two points of the home side with three minutes to play.

With the packed grandstand of Sunshine Coast Stadium on their feet, a frantic final few minutes played out, with Central able to hold on in a thrilling finish to this year’s event to lift the newly-named Cyril Connell Shield.

It was an all-round dominant display by SEQ in the Under 14 girls, remaining undefeated and only conceding 14 points across their four games to easily secure the Heather Ballinger Shield; however, it was a different story in the older grade.

Despite no finals in the girls fixtures, the last Under 16 fixture between Central and SEQ was effectively a playoff to determine the titleholder, with SEQ needing to win or draw the match to retain the honour.

At halftime, SEQ led 12-8, but a barnstorming final 25 minutes from experienced representatives Traevonnah Fisher and Georgia Voll saw the Crows hit the lead with 10 minutes remaining.

Lateesha Barker gave her Water Dragons hope when she crossed the chalk with five minutes on the clock, but Central held on to regain the Karyn Murphy Shield in an emphatic come-from-behind victory.

After the four days of Queensland’s best rugby league on display, there’s no disputing the future of the game in the Maroon state, with some high-quality matches enthralling the 1000-plus crowd that packed the grandstand each day.

Hosted by Central this year, a special thanks is extended by tournament organisers to the Sunshine Coast Council on their A+ upkeep of the world-class facility, especially in the poor weather conditions.

Further thanks is offered to Queensland Rugby League and NRL Development operations and administration staff, players and coaching staff, match officials, volunteers and ball kids for their contributions across the carnival.

The Junior State Championships return to Sunshine Coast Stadium next year with the highly-anticipated 2020 tournament already being noted in calendars following the tremendous four days of action played at this year’s event.

Keep an eye on QRL.com.au for more images of the carnival.

Players of the Championships 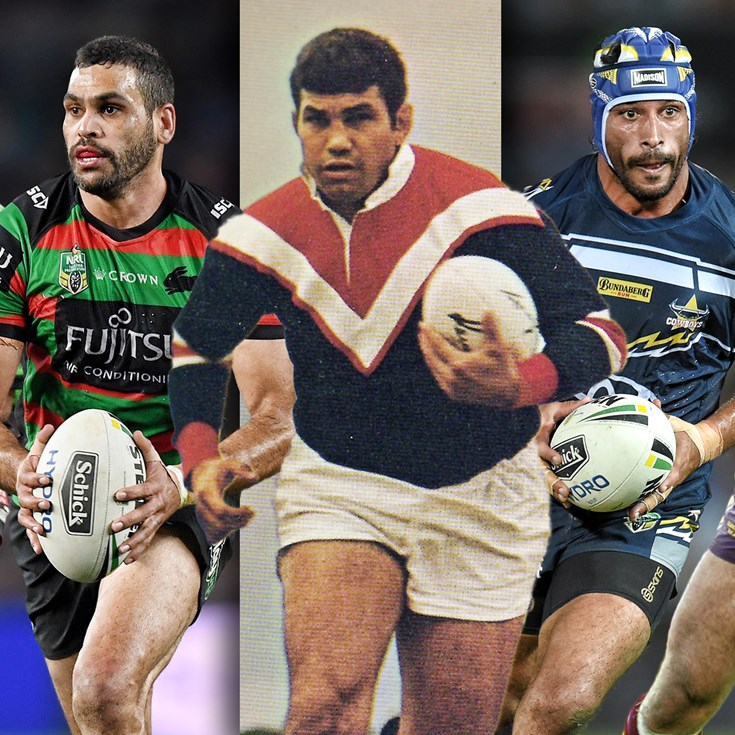